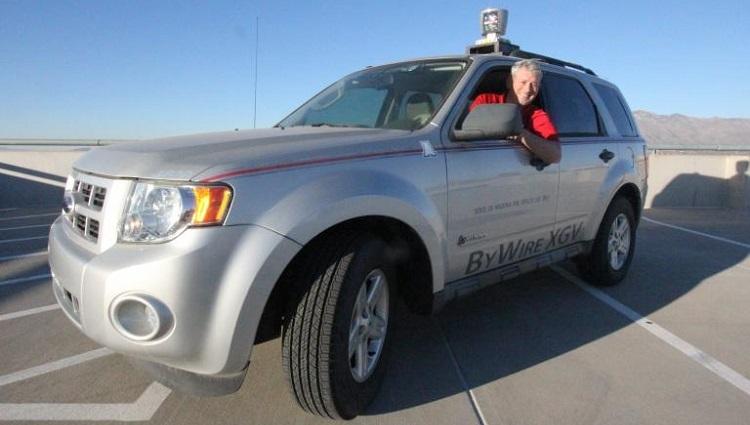 Researchers from ECE, UC Berkeley and several other institutions are working to move automated vehicles onto our roadways.

Using a $3.5 million cooperative research agreement from the U.S. Department of Energy, the team is demonstrating that using intelligent control of a small number of connected and automated vehicles can improve the energy efficiency of all vehicles in the flow by reducing the effects of congestion. They are demonstrating this in real traffic for the first time.

The project is a continuation of the research team’s prior work, which introduced an autonomous car into a traffic circle to calm stop-and-go traffic waves, resulting in smoother flow and significantly reduced fuel consumption. In previous field experiments funded by the National Science Foundation on a single-lane track, fuel consumption decreased up to 40%. With more complex traffic conditions, including vehicles with drivers, researchers estimate that automating fewer than 5% of vehicles in the traffic flow will result in a greater than 10% energy gain.

“More and more passenger vehicles come with features that automate some driving tasks,” Sprinkle said. “New advancements in machine learning are showing how small changes to those features can work to address societal-scale challenges, such as the amount of fuel spent while sitting in stop-and-go traffic during a daily commute.”