Tech by ECE Faculty Could Protect Devices That Protect Us 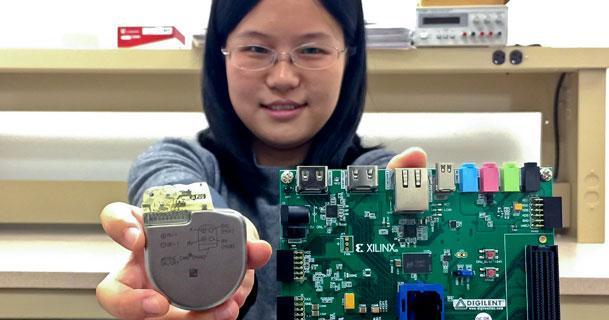 Technology in development by associate professor Roman Lysecky may better detect malware in implanted medical devices and help save lives.

"By 2020 most of the 20 billion electronic devices on the market will be interconnected – and millions of these will be implantable medical devices," said Lysecky.

If one of these life-critical devices, such as a cardiac pacemaker, is exposed a hacker could plant malware and seriously endanger an individual's health.

To aid in their research, Lysecky's team, including doctoral student Sixing Lu, built a prototype network-connected pacemaker to detect hacking of a real pacemaker.

Helping him further reduce cybersecurity risks in biomedical devices are ECE professors Jerzy Rozenblit and Janet Meiling Roveda, with funding from the National Science Foundation. Together they are developing runtime anomaly detection to signal the presence of malware in pacemakers, and designing mathematical models to analyze similar changes in power consumption and electromagnetic radiation.