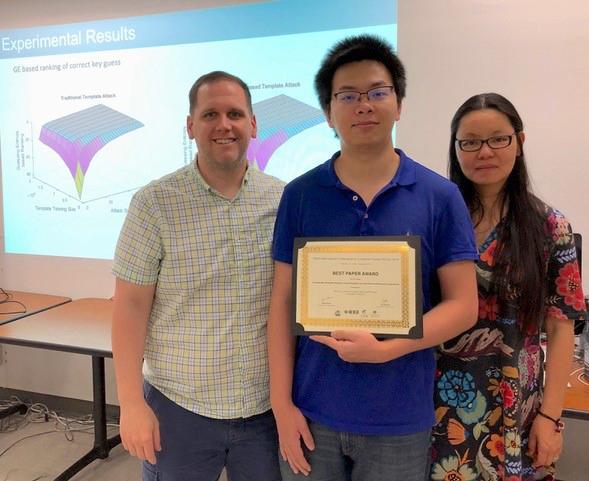 In October of 2018, ECE professors Roman Lysecky and Janet Roveda, and graduate student Bozhi Liu, were given the Best Paper Award at the Institute of Electrical and Electronics Engineers International Conference on Computer Design.

Their paper, titled "Composable Template Attacks using Templates for Individual Architectural Components," addresses potential vulnerabilities in embedded systems and “internet of things” devices, especially side channel attacks, or attacks based on the way a system is implemented rather than a vulnerability in the system itself.

"This research not only demonstrates a new side channel attack method, but also provides analysis methods developers can use to assess and improve the security of their systems," Lysecky said.

According to the authors' abstract, template attacks to these systems are efficient and widely applicable, but their method enables an attacker to only construct a template using the information of a system's components and device models.