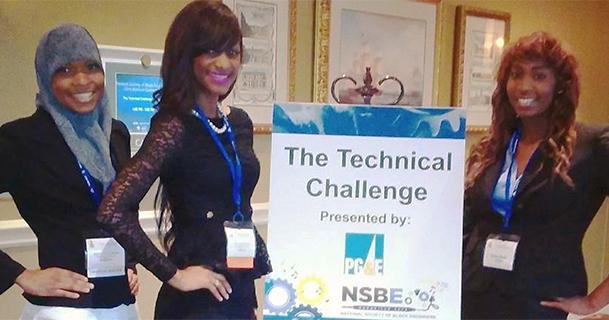 The mixed-major group of five women and three men beat two teams from the University of California, Merced, in the first such contest hosted by the Pacific Gas & Electric Co./NSBE Network.

College students often have several months to prepare for national competitions. Team members from the UA chapter of the National Society of Black Engineers, for which electrical engineering student Maryam Abdul-Wahid serves as president, had only two, and they went on to win the 2014 NSBE Undergraduate Technical Research Competition in March.

With an ingenious application of the bicycle dynamo light principle to improve gas pipeline inspection robots,