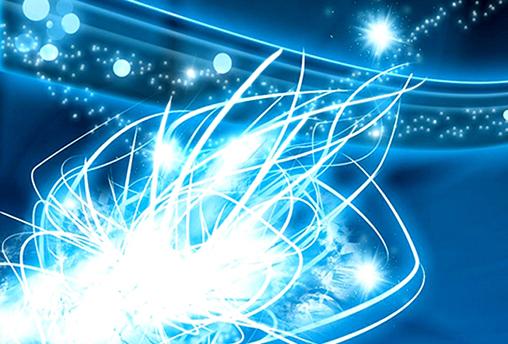 With the help of a new U.S. Department of Defense award and the laws of quantum physics, ECE faculty members Mark Neifeld and Ivan Djordjevic are working to give secret-keepers the upper hand against code-breakers.

Six researchers at four universities, including the UA College of Engineering’s Mark Neifeld and Ivan Djordjevic, have won a multimillion-dollar Department of Defense award to explore quantum key encryption methods far more advanced than cryptography technology in use today.

The five-year project, "Fundamental Research on Wavelength-Agile, High-Rate Quantum Key Distribution (QKD) in a Marine Environment," is a combined effort between the University of Illinois at Urbana-Champaign, the project lead; Duke University; Boston University; and the UA.

Quantum key distribution uses quantum mechanics to guarantee secure communication. It enables two parties to automatically produce a shared random secret key known only to them, which can then be used to encrypt and decrypt messages sent over a standard communication channel.

Traditional key distribution security methods leave communications networks vulnerable to cyberattack because those doing the attacking can figure out how to crack the complex mathematics underpinning these methods. Quantum key distribution, however, uses light particles. According to the laws of quantum physics, such encryption keys are inherently secure.

"QKD relies on the fundamental laws of quantum mechanics to ensure that the encryption is impossible to break," said Neifeld, who along with Djordjevic holds joint appointments in electrical and computer engineering and Optical Sciences.

In the realm of quantum physics, the mere act of observing an ultra-small particle influences the physical processes taking place. So an eavesdropper trying to intercept a quantum communication inevitably would leave detectable traces. Any attempt to steal the key would reveal the hacker's presence and prompt the QKD to abort generation of the key.

QKD has been proven in laboratory and controlled environments, and there are a few efforts under way to commercialize QKD technology. However, it is not without its challenges in the real world, especially when it comes to sharing the key. Some of the issues are associated with photon detection, transmission distance, and rate of key generation. This project will take a number of approaches to overcoming the challenges.

"To date, QKD has only been effectively implemented using optical fibers with low secure key rates," said Neifeld. "When we succeed at this project, we will have a secure method of communication through the air between ships and air vehicles at data rates sufficient to support real-time exchange of secret information."

Using adaptive optics and signal processing approaches, the UA portion of the project, awarded at $1.86 million, involves simulating, assessing, and finding ways to overcome the low data rates and security levels caused by light-distorting atmospheric conditions, such as turbulence, scattering and absorption.

The award was made through the DOD’s Multidisciplinary University Research Initiative program. MURI supports research by teams of investigators that intersect several traditional science and engineering disciplines to accelerate research progress. The UA is one of 43 academic institutions chosen in 2013 from among 193 to participate in 15 MURI projects, which totaled $105 million. Over the last 25 years, MURI has produced significant capabilities for the U.S. military and opened up entirely new lines of research.

Because of its unbreakable nature, QKD has the potential to become the gold standard in encryption, not just in matters of national security but also for businesses and in health care.