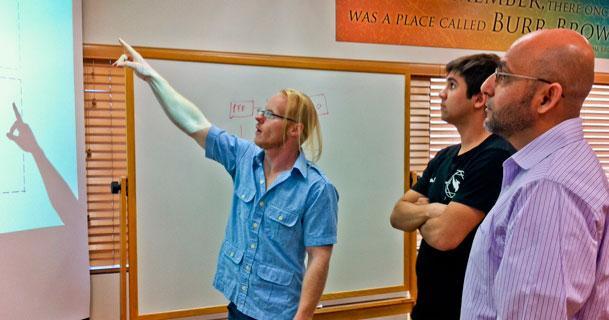 Cisco Systems Distinguished Engineer Salman Asadullah – on a recent visit to his alma mater from San Jose, California – spoke candidly with University of Arizona engineering students about his experiences while rising through the ranks at Cisco over two decades.

“I’ve witnessed the dramatic shifts in the networking industry in real time, and I’m here to tell you: Software leads the world,” said Asadullah, a Cisco chief technology officer, on Nov. 17. He received his UA bachelor’s degree in electrical and computer engineering in 1995 and in 2009 became a Cisco Distinguished Engineer, a leadership title given to less than 1 percent of all Cisco engineers.