From Robots and Dreamliners, Engineering Computer-Based Systems Is Focus of Tech Tutorials 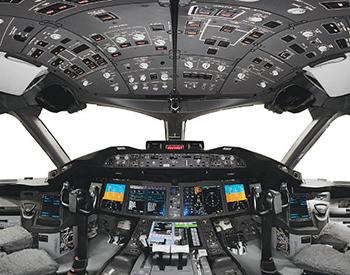 Engineers in every sector are helping make the shift to increasingly complex, computer-based systems a smooth one.

When Boeing had the unfortunate malfunction of its lithium-ion battery in its 787, engineers at the University of Arizona knew what could be grounding the Dreamliner. The airplane was an “example of a device that is so complicated and complex, that you don't know whether it works until you build it,” said Jonathan Sprinkle, UA professor of electrical and computer engineering and a chair of the upcoming 20th Annual IEEE International Conference and Workshops on the Engineering of Computer-Based Systems.

Boeing’s troubles and other enterprises controlled by computers are part of a special class of technological challenges relating to the engineering of computer-based systems, or ECBS. Systems once handled by mechanical actions, such as turning on a light switch or shifting hydraulics midflight, now are calculated and performed by computers. Engineers are finding ways to make the transition to computer-based systems smooth, while tackling some of today’s most complicated technology problems. Arizona will have an opportunity to learn about the latest tools, techniques and tactics associated with ECBS at the IEEE Computer Society Conference in Scottsdale, Ariz., April 22 through April 24, 2013. The conference includes a day of workshops and tutorials on April 24 for the tech community. Participants can register for the tutorials, as well as a pre-conference career and professional development workshop, independent of the conference. Registration ends April 8.

“As systems become more and more complex, there is a greater need to understand how to engineer computer-based devices and ecosystems which are safety critical,” said Jerzy Rozenblit, UA Distinguished Professor and endowed Raymond J. Olglethorpe chair. “Without this attention to both the holistic scheme and the details, we run the risk of creating systems that can lead to product failure, and worse. Leaders with an eye toward ECBS have an extraordinary opportunity to impact humanity on a large scale – for the better.”

Rozenblit, also a conference chair, Sprinkle, and their colleagues from the UA and 11 nations will present research, workshops and tutorials on topics ranging from designing mobile-device applications and embedded software systems, to strengthening software security and modeling robotic behavior. This year’s theme focuses on the societal and environmental impact of these systems in various sectors, including energy, biotechnology and medical devices, IT, aerospace, optics, and materials science.

As we expand the power of computers further than ever before, industry leaders in every sector are recognizing that by incorporating ECBS principles into technological design and implementation, they can extend their reach and catapult products to new performance levels.

One of the most striking examples of ECBS is the use of robotic-like devices for surgical training in minimally invasive procedures. Rozenblit, a professor of electrical and computer engineering and of surgery, has pioneered a computer-assisted surgical training, or CAST, system for physicians to train residents and students in laparoscopic surgery. The robotic surgery system uses sensors for precise tracking and data collection during the surgical procedure, and gives the trainees real-time guidance on how to carry out each step of the task, with computer-assisted visual and haptic clues designed to help prevent errors.

“Our design principles and their subsequent implementation address some of the limitations of the existing systems and advance the state of the art in surgical education, assessment, and guidance in laparoscopic surgery,” Rozenblit explained.  “Such a system will enhance training and provide assistance in real-time during an operation. Our ultimate goal is to help improve surgical outcomes and patient safety.

The ECBS Conference, which will be held at SkySong, the ASU Scottsdale Innovation Center, is being sponsored by the IEEE, IEEE Computer Society, UA College of Engineering, UA department of electrical and computer engineering, and the Arizona State University Ira Fulton Schools of Engineering.