Marwan Krunz Chalks Up Another Award 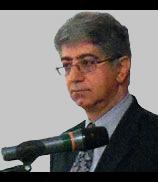 Marwan Krunz, a professor in the UA department of electrical and computer engineering, continues to amass awards and lead research in communications technology and networking. Most recently, the Communications Society of the Institute of Electrical and Electronics Engineers, or IEEE, named Krunz a 2013-2014 distinguished lecturer.

“I am humbled by the company I am in: some of the world’s most accomplished researchers in communications technology,” said Krunz of the prestigious and highly competitive honor.

The two-year appointment recognizes renowned authorities in their fields and funds worldwide travel for speaking engagements. Krunz’s research emphasis is on optimal resource allocation, adaptive control, and distributed protocol design. Among his planned speaking topics is dynamic spectrum access, or DSA, models to remedy the lack of available wireless spectrum.

“This is an opportunity to share with more schools what we are doing here at the UA in a more formalized way,” said Krunz.

Contrary to popular belief, researchers report no scarcity of radio frequencies for new wireless services. Rather, existing resources are being managed inefficiently, leaving much of the communications spectrum lying idle the majority of the time. Krunz and his research team are investigating technologies associated with DSA that facilitate real-time sharing of spectrum resources. DSA holds the promise of overcoming spectrum shortages by allowing non-licensed entities to transmit data on underused licensed spectrums without adversely affecting the licensees.

Krunz joined the UA in 1997 and received the National Science Foundation Career Award in 1998. He was named an IEEE fellow, the highest grade of membership possible in the institute, in 2010 for his contributions to resource management policies in wireless networks. In 2012, he earned the IEEE’s Technical Committee on Computer Communications Outstanding Service Award.

Krunz holds a joint appointment in the UA department of computer science, and he is the UA site director for Connection One, an NSF Industry/University Cooperative Research Center, or I/UCRC, that includes four other universities and more than 20 industry partners. Connection One focuses on radio frequency and wireless communication systems and networks. Krunz has published more than 190 journal articles and peer-reviewed conference papers, and holds three U.S. patents. He teaches a number of courses centered on computer systems, networking, programming, and wireless protocols.