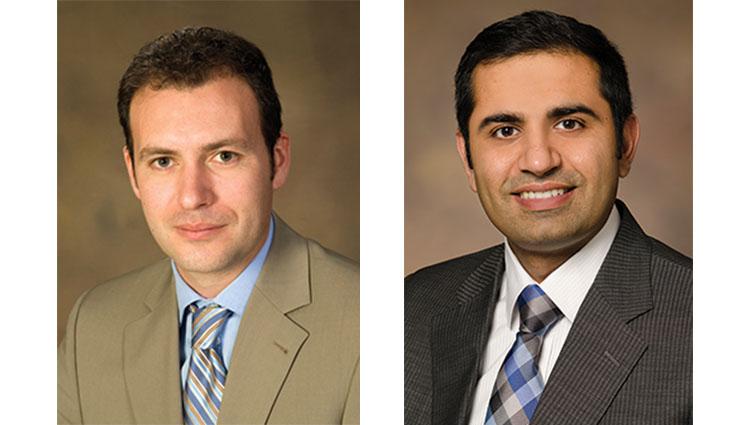 Loukas Lazos has been promoted from an associate professor to a full professor. Lazos joined the department in 2007, after earning his PhD in electrical engineering and working as a postdoctoral researcher at the University of Washington. His research interests include the security and privacy of wireless systems, network security, algorithms, network optimization and fair resource allocation. He teaches courses on computer networks, cybersecurity, cryptography and wireless systems.

"Being in this line of work gives me the opportunity to collaborate with many young minds that have a high level of enthusiasm and a fresh perspective to the challenges we face," Lazos said. "It is this diversity of ideas conceived by the students that drives scientific discovery and, eventually, progress."

Lazos currently serves on the editorial board of the IEEE Transactions on Information Forensics & Security and the IEEE Transactions on Mobile Computing. In the past, he has served as general co-chair for the ACM WiSec 2012 Conference, as well as the TPC co-chair for the Communication and Information System Security Symposium at GLOBECOM 2013 and the fourth IEEE International Workshop on Data Security and Privacy in Wireless Networks 2013. In 2009, Lazos received the National Science Foundation CAREER Award for his research on the security and fairness of multichannel wireless networks.

Assistant professor Ravi Tandon has been promoted to associate professor with tenure. Tandon joined ECE in fall 2015, following a position as a research assistant professor at the Virginia Polytechnic Institute and State University. At the University of Arizona, Tandon teaches about information theory, wireless communications, cybersecurity, machine learning, digital communications, and estimation and detection theory.

Tandon won the Best Paper Award at IEEE GLOBECOM 2011 for his paper "Discriminatory Lossy Source Coding: Side Information Privacy. In 2017, he received a National Science Foundation CAREER Award to advance his research on information theory and coding. In 2018, he received the Keysight Early Career Professor Award.