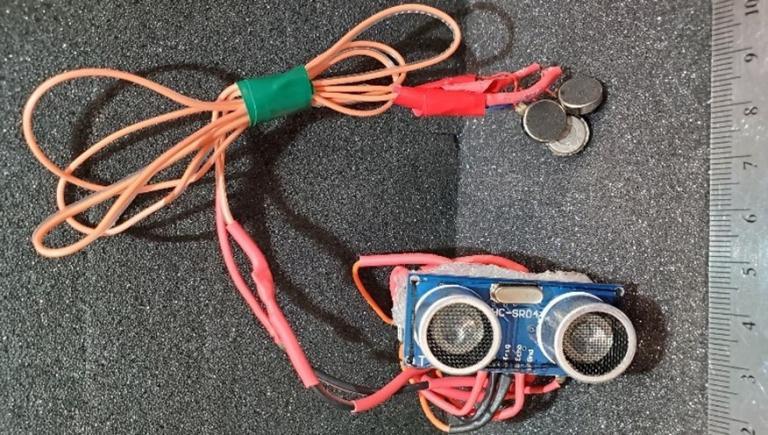 ECE professor Wolfgang Fink recently showed off a new device to news channel KOLD that helps visually impaired people navigate. Developed at Fink’s Visual and Autonomous Exploration Systems Research Laboratory, the device augments a standard white cane to "widen the experience of the blind person." Fink is developing the device with a team of neuroscience and engineering students, as well as Sunggye Hong, an associate professor in the Department of Disability and Psychoeducational Studies, who is blind.

Hong says that while canes are critical, they have flaws. Namely, they detect obstacles on the ground, but not overhead.

“A cane has been serving its purpose for people with visual impairments for a long time. It is part of myself,” Hong told KOLD. “I definitely would appreciate having an option where I would not be worrying too much about hanging branches, not worrying too much about those high-bed trucks that your cane would probably just go under.”

The device, called the Visual Impairment Subtle Touch Aid (VISTA), consists of two belts: one around the person's waist and the other around their ribcage. Using sensors inspired by car radar, the belts vibrate the closer the user gets to obstacles.

“Science can be meaningful only when it is about people. I think the solution that Dr. Fink and his team have developed is aimed at making differences in the lives of people with visual impairments,” Hong said.