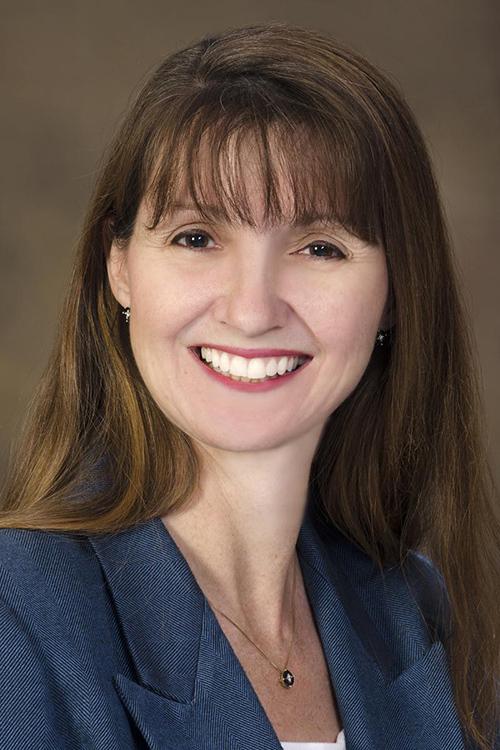 Electrical and computer engineering professor Kelly Simmons-Potter has been named Fellow of the American Ceramic Society (ACerS), one of the highest levels of membership in the organization. She will be recognized at the society’s 116th Annual Meeting in October 2014 for her research in photosensitive materials and radiation-hardened optics and for her extensive service to the society.

“I am both honored and delighted to receive this distinguished recognition,” said Simmons-Potter.

Simmons-Potter, who joined the UA in 2003, has joint appointments in the College of Optical Sciences and in the department of materials science and engineering. She also serves as director of the Arizona Research Institute for Solar Energy, or AzRISE, which focuses on research, curriculum and outreach in solar and renewable energy. Her research explores the linear and nonlinear responses of optical materials and devices to both ionizing and nonionizing radiation, as well as how defect physics affects the optical behavior of materials.

Simmons-Potter is the co-author of three textbooks in the field of optics and has written more than 80 peer-reviewed journal and conference publications. She has delivered more than 100 scholarly presentations and holds several U.S. patents.  Simmons-Potter received her BS in physics in 1986 from Florida State University and her MS and PhD in 1990 and 1994, respectively, in optical sciences from the UA. She spent 10 years at Sandia National Laboratories, from 1994 to 2003, where she received five awards for excellence. She received the 1995 Norbert J. Kreidl Award from the ACerS Glass and Optical Materials Division, or GOMD, for her work in photosensitive optical materials, and in 2005 and 2012 was honored by the Hardened Electronics and Radiation Technology Society for her work in radiation-hardened optical materials.

Simmons-Potter’s service with ACerS spans from 1997 to present and includes four years on the Executive Committee of GOMD, for which she was named Chair in 2012.