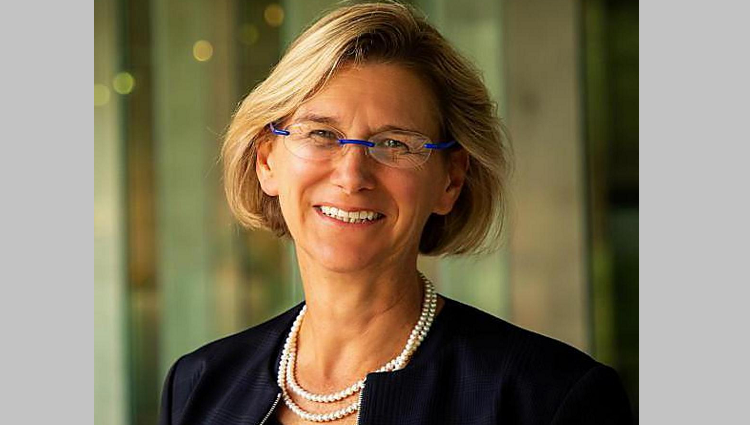 ECE professor and University of Arizona senior vice president for academic affairs Liesl Folks was recently named a fellow of the National Academy of Inventors. The NAI Fellows Program highlights academic inventors who have demonstrated a spirit of innovation in creating or facilitating inventions that have a tangible impact on quality of life, economic development and the welfare of society. The NAI fellow designation is the highest professional distinction for academic inventors.

Prior to her academic leadership positions, Folks had a successful career in industry innovation and research leadership. After working for 16 years in research and development for companies including IBM and Hitachi Global Storage Technologies, she became an internationally recognized expert in magnetic materials and devices, nanoscale metrology and spin-electronic devices.

Folks holds 14 U.S. patents and has authored more than 60 peer-reviewed papers. Her patents involve technologies such as from 3D memory arrays, electromagnetic resonance sensors and patterned magnetic recording media. Her work contributed to the optimization of miniaturized magnets that are used in motors, cellphones, headphones, field sensors and more. Folks is a university champion for innovation, invention and entrepreneurship, and has created and supported academic programs to encourage students of all levels to problem solve with impact as the goal.

"I am deeply honored to be recognized as a fellow of the NAI and hope to continue to support others to pursue innovation and entrepreneurship at all stages of their careers," Folks said. "We urgently need creative and effective approaches to improving the wellbeing of people across the world and securing a healthy environment – tasks that urgently require cross-disciplinary innovations."