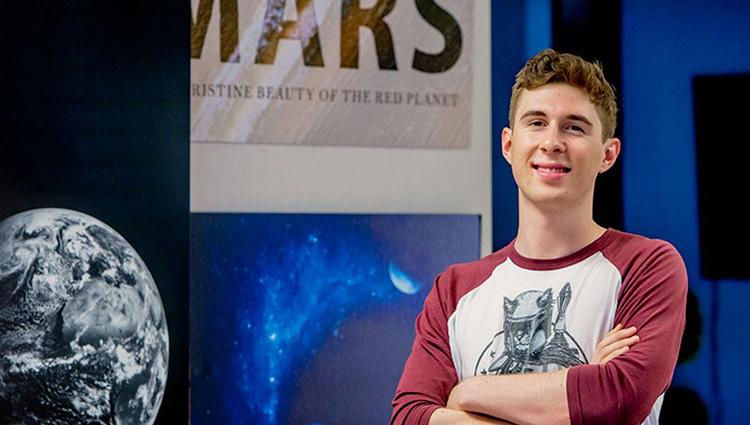 In 2011, Gordon Downs and his father watched the launch of the rocket that took the Curiosity rover from Cape Canaveral to Mars. Now, as a member of the Mars Science Laboratory team, he helps analyze the X-ray diffraction data that Curiosity's CheMin instrument sends back to Earth.

Downs, a double major in electrical and computer engineering and mathematics, has been working with the project for about a year. "It’s a testament to my education at the University of Arizona that an undergrad can have the opportunity to contribute to such significant science," he said. "I feel really lucky!"