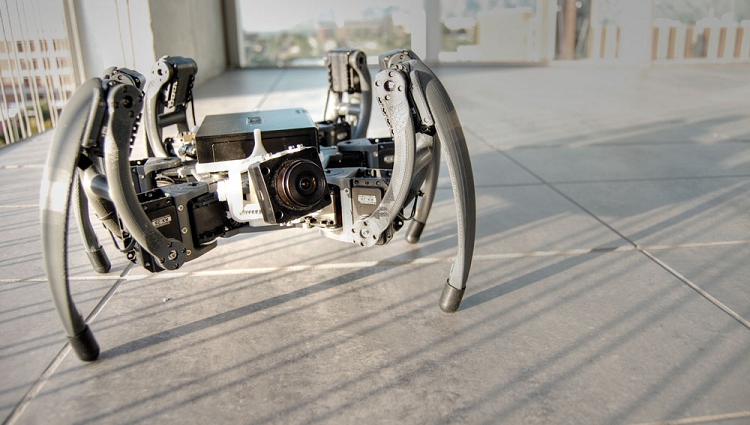 Former UA Engineering student Matt Bunting built this hexapod robot as an undergraduate. Students in a new College of Engineering club will build battle-ready robots of a similar size.

For their Interdisciplinary Capstone Project, two ECE students, Yousuf Choudhary and Karson Anthony Jacques Knudson, are building a combat robot to combine engineering principles with action-packed competition. They're joined by three students majoring in mechanical engineering and one in aerospace engineering.

“Everything we do in the classroom is great, and labs are very helpful for cementing concepts,” he said. “The clubs go one step further. It's a very unstructured environment where they have to think things through, make decisions and solve real-world problems.”

Team 23037’s prototype goal is to build a robot that complies with the “BattleBots” TV show rules and to submit it to the show for consideration. Acceptance into the tournament relies mainly on creativity, so this criterion will serve as a main design guideline. If successful, the team will demonstrate full robot functionality at Craig M. Berge Design Day in 2023.

The team will also detail the structure for the future club and establish a foundation for its members to access the resources needed to continue its growth, such as company sponsorships. Mechanical engineering student Al Hurworth is confident the future Wildcat Robotics club will attract a strong membership.

“There’s already kind of an excitement,” said Hurworth. “A lot of people know what it is, and everybody I’ve talked to is interested.”