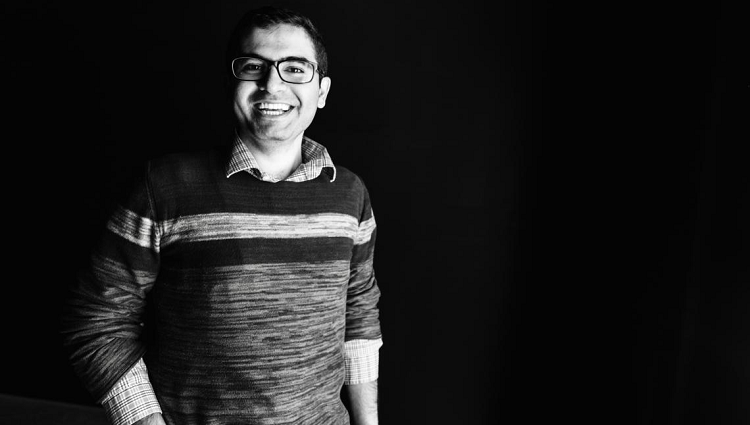 Arash Roshanineshat, an ECE graduate student with a minor in astronomy, was recently highlighted in the University of Arizona's Wonder Makes Us campaign for his passion in exploring the universe.

“Astronomy was always my hobby," he said. "I didn’t realize electrical engineering and astronomy could be combined.”

But during an internship at the National Radio Astronomy Observatory in 2016, Roshanineshat helped code the largest radio telescope in the world. “That completely changed my path to radio astronomy. And I didn’t have to change my master’s. The skillset I needed came directly from my robotics focus.”

Roshanineshat was fascinated by the implications of his work at the observatory.

“I worked on developing an algorithm to detect fast radio bursts," he recalled. "These are the signals coming from sources beyond the Milky Way. It’s a mystery—we don’t know what creates them. The project was to develop a way to detect them more efficiently because they require high-computational processes.”

This experience came in handy the next year when he interned at the Harvard-Smithsonian Center for Astrophysics. There, he was introduced to Dan Marrone, an adviser from the UA who develops signal processing instruments for radio telescopes. Following the internship, Roshanineshat applied to the UA for his doctorate in ECE. "I got it!" he said. "I came here to work with Dan Marrone in Astronomy.”

Roshanineshat also joined the Event Horizon Telescope team while at Harvard, which he continued to work on at the UA, a key contributing partner. The EHT team was tasked with uniting the power of eight telescopes around the world to achieve a resolution equivalent to one Earth-sized telescope in order to image a black hole at the center of our galaxy. To sync the data from eight different telescopes is a data storage and computational challenge, to say the least.

“EHT has a huge amount of data," Roshanineshat explained. "The team had to figure out how to make sense of five petabytes of data. We could process with CPUs. But we could speed up the process by using GPUs—similar units that are used in video games.”

On April 10, 2019, the world saw the unseen – the first ever image of a black hole. He was one of 21 students at Arizona on the history-making, global EHT team.