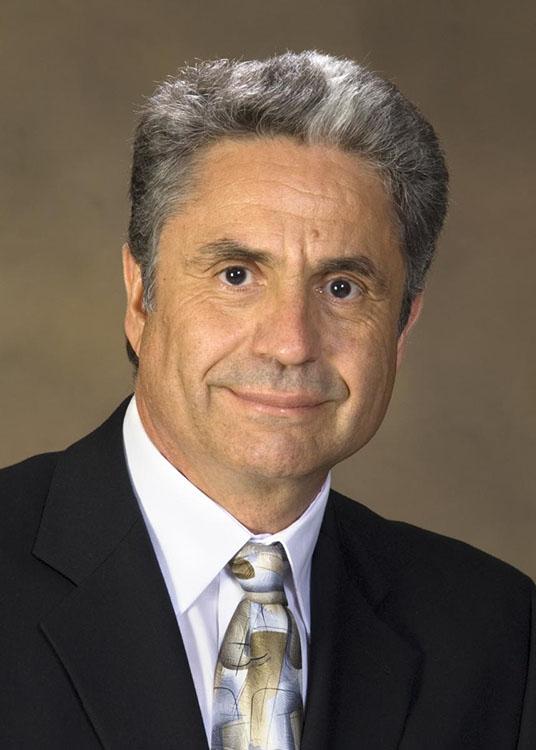 Professor Ahmed Louri is leaving behind an impressive legacy as he prepares to take the helm at George Washington University’s Department of Electrical and Computer Engineering in Washington, D.C.

In his 27 years at the University of Arizona, Louri, who begins his new job in August 2015, has acquired more than $10 million in research and industry funding and published more than 140 journal articles. He holds several U.S. patents and spent three years as a program director at the National Science Foundation Computer & Information Science & Engineerring Directorate -- and those are just the highlights.

“Always know, you have a friend in D.C.,” Louri said to ECE faculty and staff at a farewell lunch on May 12. “I have an open door policy, and I will always be happy to see any of you at my door.”

Louri joined ECE in 1988 after receiving his master’s and doctoral degrees in computer engineering from the University of Southern California, Los Angeles, in 1984 and 1988, respectively. He received the NSF Career Award in 1989 and is a fellow of the Institute of Electrical and Electronics Engineers.

“We are sad to say goodbye to our long-time faculty member and friend,” said Tamal Bose, department head. “We hope Ahmed feels well-positioned to guide the research and growth of George Washington’s program in part because of his time here at ECE.”