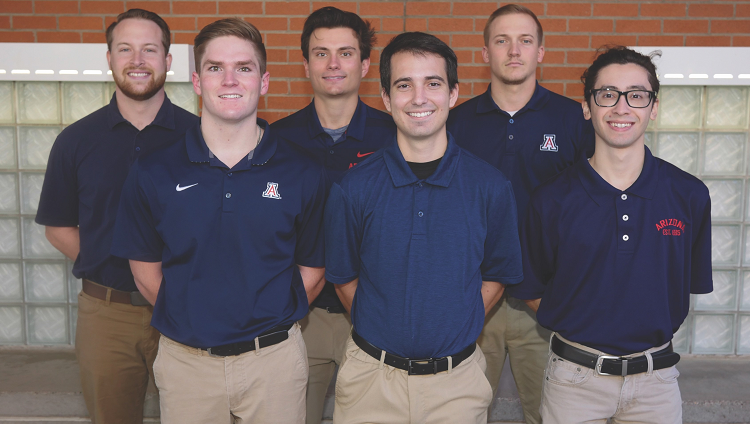 The Phoenix-based equipment manufacturer PING has sponsored its second Interdisciplinary Capstone project, asking a student team to build a robotic pendulum that can grip and swing a putter the same way a golfer would. The capstone team includes students from three College of Engineering departments. Team 22008's procurement lead is Steven Perry, a mechanical engineering student and avid golfer. He was eager to contribute to a project likely to improve a product he uses.

“Once this is testing new putter head technologies, perhaps maybe a pro or even I would buy the new developed putter, and I can say, ‘Yeah, I built the thing that tested this,’” said Perry. “It’s an awesome feeling.”

Focusing on procuring parts and materials was a valuable learning experience for Perry, who maintained a detailed parts inventory as part of an internship at Raytheon last summer. However, supply chain issues made procurement the team's biggest challenge, said mentor Huy Le, an ECE alum from the class of 2015.

“They immediately problem-solved and got around it so they wouldn’t fall behind,” he said.

Le, who has been both a sponsor and a mentor for the program, said Craig M. Berge Design Day feels magical to him every year.

“There's a buzz in the air. The whole university gets excited because the students are out on the Mall doing really cool things,” he said. “You're looking at the future here – our future leaders and industry partners – and seeing all their hard work pay off in this moment.”