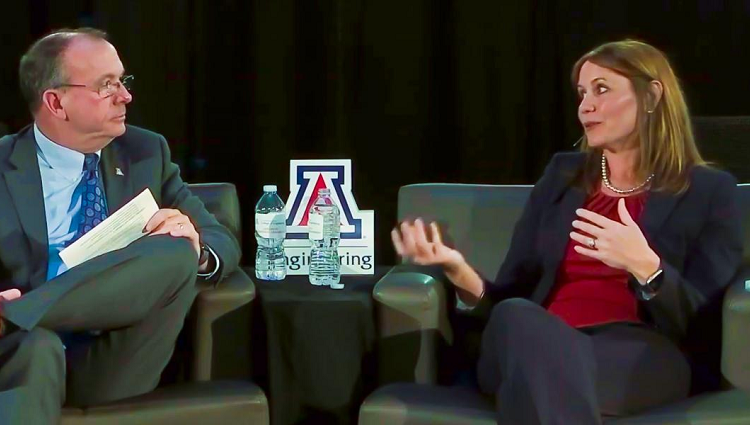 Susan Gray, who earned her bachelor’s degree in electrical engineering from the University of Arizona, recently assumed the role of president and chief executive officer of Tucson Electric Power — the first female CEO in the company's 120-year history.

The Arizona Daily Star recently highlighted Gray's achievements, detailing her rise from a student intern at TEP in 1994, to an engineer for the utility, to vice president, and finally as the company's leader.

As a TEP's vice president since 2015 and now president, Gray is one of the architects of TEP’s plan to get more than 70% of its power from wind and solar resources and reduce carbon emissions by 80% by 2035.

“That’s the great thing about becoming the CEO of a company that you’ve worked for for so long, and to get involved in the strategy even before you’re in this seat,” Gray told the Star. “I’m a third-generation utility power engineer, so it’s in the blood, I knew the business... But that was not where I was headed — I thought I wanted to do biomedical engineering. But I fell in love with the culture at TEP and learned there’s a lot more exciting things going on at an electric utility than I had ever guessed.”