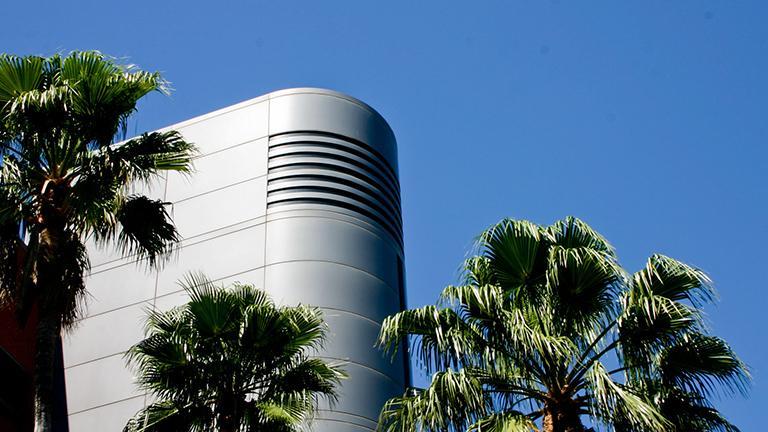 UA students were treated to a display of planetary exploration rover prototypes on Monday. Professor Wolfgang Fink and other faculty and students marked the centennial of the Department of Electrical and Computer Engineering by discussing Fink's robot research.

Five planetary rovers toured the University of Arizona Mall on Monday to help launch the 100th anniversary of what became the UA's Department of Electrical and Computer Engineering.

Here are more events coming up.

MacArthur "Genius Grant" award-winner Saul Griffith will give a talk called "The Century for Engineers: Climate, Energy, and Other Grand Challenges" at 6 p.m. at the Gallagher Theater in the Student Union, 1209 E. University Blvd.

J.T. Tomlinson, technical manager for automation at Cirque du Soleil, will give a talk about the uses of engineering in live entertainment at 4:30 p.m. in the Student Union South Ballroom.

UA alum and former AOL president Raymond Oglethorpe will talk about the future of electrical and computer engineering at 6 p.m. in the Student Union South Ballroom.

A $200 per plate gala will raise money for student scholarships.

On StarNet: See a slide show of the rover models here.