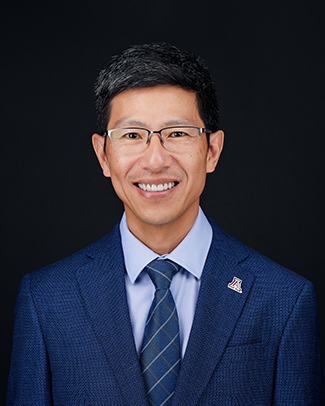 Hongyi "Michael" Wu is a professor and the department head of Electrical and Computer Engineering at the University of Arizona.

He received a BS degree in scientific instruments from Zhejiang University, Hangzhou, China, in 1996, an MS degree in electrical engineering, and a Ph.D. degree in computer science from the State University of New York (SUNY) at Buffalo in 2000 and 2002, respectively.

His current research focuses on security and privacy in intelligent computing and communication systems. He served as a PI or Co-PI for over 50 projects with more than $23M in funding from NSF, NSA, DOD, DOE, NATO, State governments, and industry partners. He published more than 160 technical articles in journals and conference proceedings and acquired a US patent. He chaired several conferences, including IEEE Infocom 2020. He sat on the editorial board of several journals, such as serving as an Area Editor for the IEEE Internet of Things Journal (2022-present) and an Associate Editor for the IEEE Transactions on Computers (2022-present), IEEE Transactions on Mobile Computing (2018-present), IEEE Internet of Things Journal (2014-2018), and IEEE Transactions on Parallel and Distributed Systems (2013-2016). He received an NSF CAREER Award in 2004, UL Lafayette Distinguished Professor Award in 2011, and IEEE Percom Mark Weiser Best Paper Award in 2018. He is a Fellow of IEEE.

Security and privacy in intelligent computing and communication systems.